Anna Eberle was my nextdoor neighbor when I was a child in Keansburg, NJ. She resided there a long time before we ever moved there in 1954 when I was one year old. Originally from East Orange, NJ., she lived there with her husband, Jack, a WWI Veteran, and her brother, Freddy Heilbronn. Freddy never married. They were basically poor people who lived in an uninsulated bungalow heated by coal and kerosene stoves in the winter, cooled somewhat by portable fans that basically just moved the intense upstairs heat around. The primitive bathroom at the rear of the house was added later when the concept of an outhouse was becoming less fashionable. My house was a similar type bungalow that my dad took out an additional small mortage on to make the place livable year round. It still had the outhouse sidewalk leading to the structure when we moved in. It was my tricycle raceway the whole time until I could get up on two wheels.

I was aware of Jack, Anna, and Freddy, but I was only four, so I was never really able to carry on a conversation with Jack, a large and robust man with large suspenders as I remember. The reason was that he backed up into the huge coal stove in the kitchen one day in 1958, which lead to his death from a massive heart attack. Then it was just sister and brother, Anna and Freddy on their own. I got to know Freddy somewhat, as I would see him sitting in the front window when I would come home on my bike. It was then that I would visit Anna and Freddy now and then, but that run was short lived. Freddy passed away in his sleep in 1960 when I was seven. I would visit Anna regularly later on, developing my taste for and learning to love coffee. She basically lived on Sanka coffee along with jelly and margarine on pumpernickel bread, since her doctor had declared butter illegal as part of her diet. Anna passed away in 1964 when I was ten, and it was then I really learned the heartbreak of losing a good friend.

Back in 1992, I stopped by to visit their final resting places while on a Northeast tour. When I inquired at the office to look up the name Anna Eberle, there was no record of her to be found. They said she wasn't there. I was mortified and begged to differ since I was at her funeral at age ten, witnessing her being lowered into the ground. I did find Jack's location and I knew Anna was in there. I was shocked to find that there was nothing but blank space marking theirs and Freddy's plots. That was twenty-five years ago from this writing.

Jump ahead to early 2017 with my disapproval of their being unaccounted for eternity still circulating. I decided to call Fair View Cemetery to inquire about getting markers for both plots. The price would have totaled about $2500.00 to create the markers and have them installed on foundations to keep them from sinking into the ground. That, along with approximately the $900.00 cost of engraving put that venture way out of my price range., At least I was glad to know as a result of my phone call that Ann Eberle was now listed in the books and accounted for.

Now I'm again in New Jersey during the the summer of 2017 hanging with some early friends and band mates in between solo dates on a summer solo tour, and I decide that I am going to revisit the situation. In explaining my story of knowing these people since early childhood to the superintendent of the cemetery, he agreed that it wasn't right for them to be unaccounted for. Since Jack was a WWI veteran, he and his family should be acknowledged. Out of their kindness and understanding of this situation, Fair View Cemetery in Red Bank, NJ said they are willing to donate and place the markers free of charge.

Jack, and wife, Anna Eberle are buried in one unmarked grave. Her brother, Freddy, is in another a short distance away. They were good people, and I'm tired of knowing that they have been lying in their graves unmarked and forgotten about for nearly 60 years. Thankfully, that's about to change. I wrote and recorded the song about Anna entitled, THE BALLAD OF ANNA EBERLE, who was a good friend. It will be released commercially soon. While visiting their plots, I found a wayward American flag lying under a bush, so I placed it over Jack and Anna's unmarked grave that you can see here, which will be marked soon. There is no next of kin, so I may be the only one in the world that remembers them. If you would care to contribute, the help needed here is to offset the $900.00 cost of the two markers for three good but simple people that deserve to be remembered. Anything is appreciated. Check it out here: https://www.gofundme.com/markers-4-2-60-yr-unmarked-graves
Thank, You
Roger
Posted by R. Wilson at 4:01 PM No comments:

Hurricane Chronicles: A SIMPLE QUESTION: Why are there no simple answers to simple questions anymore? The driver's side door lock went out and needed to be replaced on my 09 Che...
Posted by R. Wilson at 1:09 PM No comments:

Why are there no simple answers to simple questions anymore? The driver's side door lock went out and needed to be replaced on my 09 Chevy Silverado Pickup.The part is referred to as a door lock actuator. When purchasing this part, it is one unit containing the actuator and the door lock for approximately $185.00. That's easy enough to understand.

In speaking to the service writer at Day Chevrolet in Acworth, GA, he tells me me that they would need to diagnose the problem to see if it is the lock or the actuator that is faulty. Why would that matter if both parts are one unit? If the door lock isn't working, and the remedy is to make the repair with the one part that serves two functions, why the extra wasted conversation?

What could have been a simple answer in saying that the unit would need to be replaced because it all is the same part would have been sufficient. With his useless diagnostic answer. Instead of a satisfactory simple answer, I now have more questions. Does that mean you are going to fix the bad section of the single part and charge me less, or are you going to waste my time, and probably charge more money in running a bogus diagnosis? Or is the one part really two parts and you don't really know what you are talking about?

He then said there would be twenty cars ahead of me, and that if I left the vehicle, he might have it done by the same time a day later. That was an understandable option. The cost to install the part; however, would be $150.00. In that case, I bought the part for $165.00 at the dealership, with the nice parts guy giving me a discount. I then went to my buddy, Doug, at G&S in Kennesaw, GA. He had me in and out in under two hours for $90.00, and he didn't have to diagnose anything.
Posted by R. Wilson at 1:07 PM No comments:

Hurricane Chronicles: Due to a programming glitch last week, this week's...

Email ThisBlogThis!Share to TwitterShare to FacebookShare to Pinterest
Due to a programming glitch last week, this week's edition of Roger "Hurricane" Wilson's American Music Show will feature the live set I was invited to sit in on with Dr. Mac Arnold & Plate Full of Blues at Madlife Stage & Studio in Woodstock, GA. on April 15, 2017. Be sure to tune in each and every Tuesday night at 10PM ET/ 9PM CT on KALA-FM- 88.5, serving The Quad Cities.The show is streaming at http://www.sau.edu/KALA.html. Click on How To Listen to set up your player. Please be sure to tune in. 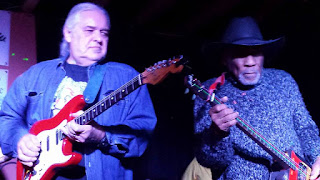 I Still Want To Send You A Free CD

To  Celebrate the 15th Anniversary of the CD, PASTIME, I Still Want To Send You A Free Autographed Copy. It was my first acoustic CD, released in 2002. All you do is pay $3.00 postage.
Regular price everywhere else is at least $15.00

Click On The Link Below To Be Directed To The Instant Offer
http://hurricanewilson.com/secret-page/

Thanks For Your Support

Here's hoping that you had a safe and pleasant July 4th holiday.
The invitation is still open to get a FREE copy of the single, HOME SWEET HOME IN MY RV, The Unofficial RV National Anthem, by visiting http://hurricanewilson.com/rv/. The song seems to have caught on, which I appreciate greatly.
I'll be kicking off my 11th Annual 2017 RV Tour close to home to celebrate my 64th birthday at the Subourbon Bar in Kennesaw, GA with The Hurricane Homeboys from 8PM to Midnight on Wednesday, July 26. I'll then head out on the road on my actual birthday the next morning on July 27.
If you are anywhere in WI, IL, or PA, check your dates. Maybe you can come join me somewhere along the way.
The 2017 RV Tour Begins:
Sat. July 29 – Blackhawk RV Park – Milton, WI (solo acoustic 7 to 10PM)
AUGUST, 2017
Fri. 4 – Paradise RV Resort – Garden Prairie, IL (Solo acoustic 7 to 10pm)
Sat. 5 – Pine Country RV Resort – Belvidere, IL (Solo acoustic 7 to 10pm)
Sat.12 – Arrowhead RV Resort – WI
Sat. 19 – Timothy Lake South RV Resort – E Stroudsburg, PA
(Solo acoustic 7 to 10PM)
Sat. 26 – Pigs & Peaches BBQ Festival – Kennesaw, GA (w The Hurricane
Homeboys 7:30 to 9:30pm)
Best,
Roger
www.HurricaneWilson.com/rv
Posted by R. Wilson at 2:27 PM No comments: